Vivekananda’s attachment to the temples of Varanasi and Varanasi always remained.
During this time a lot of untold, but significant things happened. 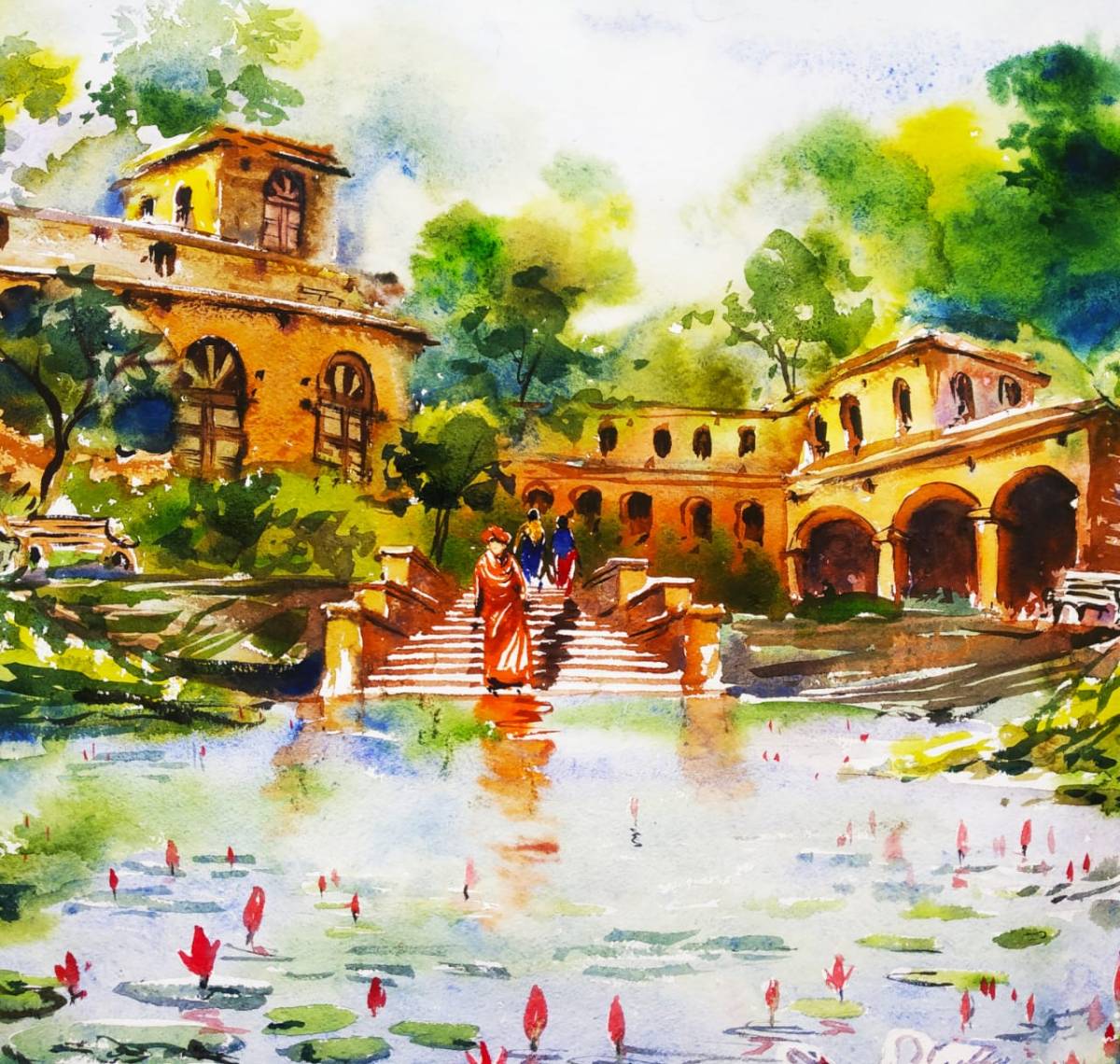 Oh, when will that day come,

when in a forest ,saving “Shiva”,”Shiva”,

my days shall pass?

a serpant and the garland the same ,

The strong foe and the friend the same,

The flower-bed and the stone -bed the same ,

a beautiful women and a blade of grass the same!

O Shiva , when shall i be able to cut

to the very roots of my karma,

My hands my only plate, and the cordinal points

Bhubaneswari was worshiping lord shiva in one of the houses in that locality. At the close of the her worship , she prayed to Shiva everyday while offering pranam, “o Shiva , give me a son on my lap.” she had a few daughters already . but how could she live without a son?

so, she offered daily worship to Shiva for a son . she had even asked one of her old relatives at Benares (Varanasi)to offer daily worship to Vireswar Shiva there on her behalf . god heeds to whatever is asked of him with devotion in a simple heart . Bhubaneswari’s prayer was also granted. In the early morning of January 12,1863, she gave birth to a son .

the child was named  Vireswar after Vireswar Shiva as his mother believed that she was granted her son as a boon from the lord . but the name was too difficult to be used as a nickname.so everybody in the house used to call him as a Biley.  he was named NarendraNath Dutta at the annaprasshana ceremony but still he remained the same Biley for all .

When the rich people showed no enthusiasm in public welfare work, Vivekananda once said angrily between Pramadadas Mitra and the respected people of the city.

After proving this to be true in 1893 in the Parliament of Religions Chicago, Vivekananda returned to his Shiva city in Varanasi in 1901.

The arrival of Vivekananda in 1902 had a different meaning, now that Swami Vivekananda was a world-renowned, philosopher and scholar, but extremely weak and sick.the famous author (Shankar in his book the monk as man in chapter 4 pages 175, 176 of his 31 diseases. )Swamiji came to Banaras this time and stayed in the Gopal Lal Villa (raja Kali Krishna Thakur garden house) the locals also called this place as Sondha Bass, here Vivekananda stayed for almost a month. he described this place as health friendly.

We have safely reached Benaras, and Mr. Okakura [Kakuzo] has already done Benaras. He goes to see Sarnath (the old Buddhistic place) today and starts on his tour tomorrow. He has asked Niranjan [Swami Niranjanananda] to accompany him and he has consented. Kanay [Nirbhayananda] has supplied him with everything he asked for — and he asks me also to send you the accounts. This, on the other page. I hope Nivedita and Mrs. [Ole] Bull have safely arrived. I am rather better than at Buddha Gaya. This house is nice — well furnished and has a good many rooms and parlours. There is a big garden all round and beautiful roses — and gigantic trees. It is rather cooler here than at Gaya. There was no hitch to our friends being admitted into the chief temple and [allowed to] touch the Sign of Shiva and to worship. The Buddhists, it seems, are always admitted. With all love and welcome to Mrs. Bull and Nivedita — if they have arrived — and all to you,

(THE COMPLETE WORKS OF SWAMI VIVEKANANDA)

Only a few months after leaving here (4 july 1902) Swamiji died. Witnessing the last days of Swamiji, his residence Gopal Lal Villa has become a ruin. It would have been better if the government would have given this ruin a heritage form in Varanasi.

“I am glad I was born ,glad I suffered so, glad I did make big blunders ,glad to enter peace. I leave none bound, I take no bonds.whether this body will fall and relese me or I enter into freedom in the body , the old man is gone ,gone for ever,never to come back again! The guide the guru ,the leader, the teacher has passed away; the boy the student ,the servant is left behind.Behind my work was ambition,behind my love waspersonality,behind my purity was fear,behind my guidance the thrust of power! Now they are vanishing ,I drift.i come!mother,I come!”