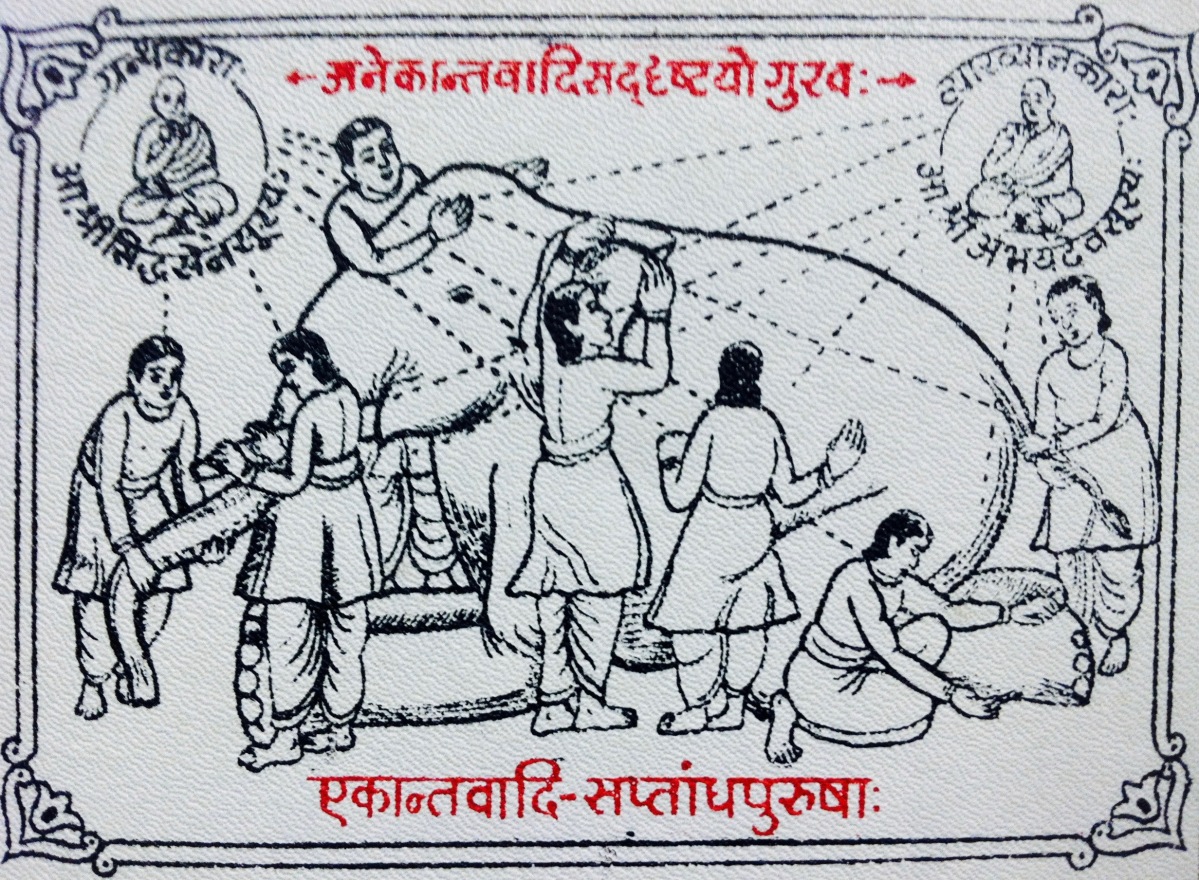 Hindu philosophy and the importance of peace.

Om. May peace radiate there in the whole sky as well as in the vast ethereal space everywhere.
May peace reign all over this earth, in water and in all herbs, trees and creepers.
May peace flow over the whole universe.
May peace be in the Whole Universe. And may there always exist in all peace and peace alone.
Om peace, peace and peace to us and all beings!
— (Translation by Swami Abhedananda, Ramakrishna Vedanta Math, India)

Even today in many schools in India, children start the day with these prayer.There is a tradition of reciting these verses in any auspicious work of Hindus.

Tow birds beautiful of wings, friends and comrades,cling to a common tree,and eats the sweet fruit,the other regards him and eats not …Where winged souls cry the discoveries of knowledge over their portion of immortality,there the lord of all, the guardian of the world took possession of me,he the wise,me the ignorant. (Rig Veda)

What is the importance of these things written thousands of years ago?Is peace less important today?

“You cannot travel the path until you have become the path itself.”

“As I am, so are these.
As are these, so am I.’
Drawing the parallel to yourself,
neither kill nor get others to kill”.

All are my friends. I have no enimies.

All souls are equal and alike and have the similar nature and qualities .

Live and allow others to live; hurt no one; life is dear to all living beings.

Kill not, cause no pain. Nonviolence is the greatest religion .

Probably the first ruler in history to establish a welfare state.

For a civilized world, the 9/11 incident was nothing short of a shock.Surprisingly, where 9/11,1893 was a shared effort(Parliament of religions Chicago) to reconcile civilizations and religions. 9/11 2001 witness the attack of one civilization on another.It is also a contradiction that these two incidents took place in the same country.

“I AM proud to belong to a religion which has taught the world both tolerance and universal acceptance. We believe not only in universal toleration, but we accept all religions as true. I am proud to belong to a nation which has sheltered the persecuted and the refugees of all religions and all nations of the earth. I am proud to tell you that we have gathered in our bosom the purest remnant of the Israelites, who came to Southern India and took refuge with us in the very year in which their holy temple was shattered to pieces by Roman tyranny. I am proud to belong to the religion which has sheltered and is still fostering the remnant of the grand Zoroastrian nation. I will quote to you, brethren, a few lines from a hymn which I remember to have repeated from my earliest boyhood, which is every day repeated by millions of human beings: “As the different streams having their sources in different paths which men take through different tendencies, various though they appear, crooked or straight, all lead to Thee.”

“As THE DIFFERENT STREAMS HAVING THEIR SOURCES IN DIFFERENT PLACES ALL MINGLE THEIR WATER IN THE SEA,SO,O LORD,THE DIFFERENT PATHS WHICH MEN TAKE THROUGH DIFFERENT TENDENCIES,VARIOUS THOUGH THE APPEAR,CROOKED OR STRAIGHT,ALL LEAD TO THEE.”

“WHOSOEVER COMES TO ME ,THROUGH WHATSOEVER FORM,I REACH HIM,ALL MEN ARE STRUGGLING THROUGH PATHS WHICH IN THE END LEAD TO ME.”(GITA)

IT IS THE SAME LIGHT COMING THROUGH GLASSES OF DIFFERENT COLOURS. AND THESE LITTLE VARIATIONS ARE NECESSARY FOR PURPOSES OF ADAPTION. BUT IN THE HEART OF EVERYTHING THE SAME TRUTH REIGNS. THE LORD HAS DECLARED TO THE HINDU IN HIS INCARNATION AS KRISHNA :——– I AM IN THE EVERY RELIGION AS THE THREAD THROUGH A STRING OF PEARLS. WHEREVER THOU SEEST EXTRAORDINARY HOLINESS AND EXTRAORDINARY POWER RAISING AND PURIFYING HUMANITY,KNOW THOU THAT I AM THERE.”

If you want real peace in the world, start with children.

The best way to find yourself is to lose yourself in the service of others.

Hate the sin, love the sinner.

An eye for an eye will make the whole world blind.

“When a person claims to be nonviolent, he  is expected not to be angry with one who has injured him.  He will not wish him harm, he will wish him well, he will not swear at him, he will not cause him any physical hurt.  He will put up with all the injury to which he is subjected by the wrong doer.”

The term ‘Satyagraha’ is a combination of two Sanskrit words, ‘Satya’meaning ‘Truth’ and ‘Agraha’ meaning ‘determined pursuit’ or ‘holding on to truth’. The word therefore, literally means, ‘insistence on truth’. Gandhi defines Satyagrahaas ‘a relentless search for truth and a determination to reach truth.It is based on the principle of love and believes in ‘love for all’and ‘suffer for all’. It excludes the use of any form of violence since it is based on the philosophy that man does not know the absolute truth and therefore, cannot punish anyone.

The doctrine of nonviolence is not for the weak and the cowardly; it is meant for the brave and strong.  The bravest man allows himself to be killed without killing.  And he desists from killing or injuring, because he knows that it is wrong to injure: (Young India, 1920).

At the very pinnacle of his glory as a conqueror Emperor Ashoka embraced the philosophy of ahimsa, nonviolence, declarning—

Two and a half millennia later, the sound of dharma would once again be heard when mahatma Gandhi used nonviolence to expel the British from India. in the newly liberated nation, Ashoka Dharma Chakra, the wheel of law, would be given pride of place in the centre of free India,s flag.Ashoka,s pillar crowned with four lions facing the four points of the compass and denoting the peaceful coexistence of dharma would become free India,s national symbol -a constant reminder to India of what government should be.

Postgraduate in International relations. Experience writing in various journals,from BBC WORLD NEWS SERVICE to India's one of the oldest hindi daily. I like to write international relations, religion, religious conflict. Social media has bridged the distance between writing and reading. Now writing is not just the expression of one's own thought, but also knowing the expression of people on various subject. View all posts by nitinsingh